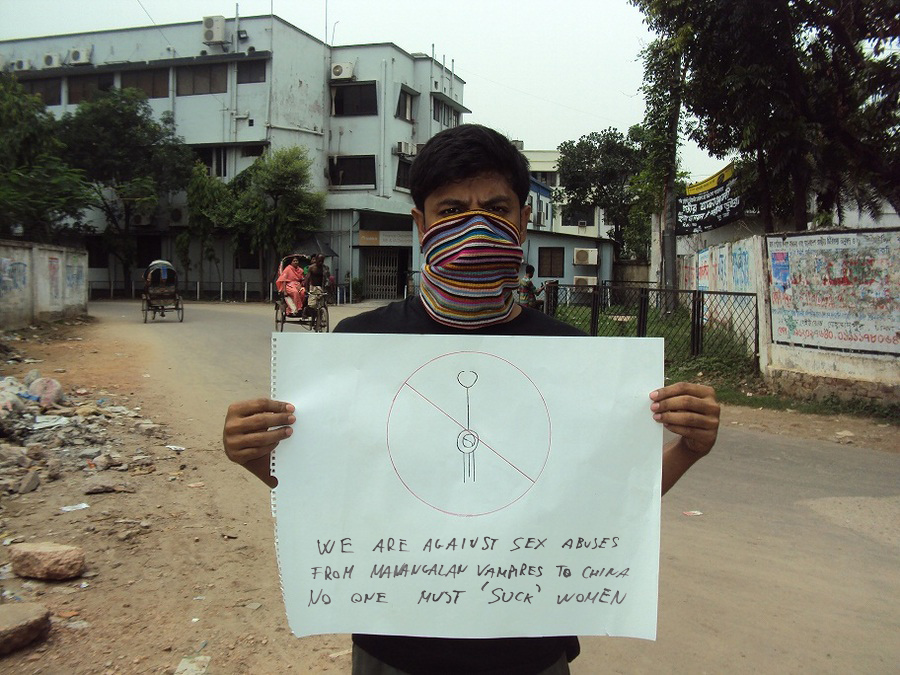 A Crowded Apocalypse is a video and a series of photographs that document a complex operation, with deliberately surreal features. IO COSE, starting as they often do from the analysis of the relationship between man and technology, have resorted to Mechanical Turk, a platform devised by Amazon, which allows the crowd work force to be used to carry out small tasks by compensation. Catalog information and images, enter data, select materials. The actions to be performed are called hit (human intelligence tasks) and are often very simple. However, they are impossible to entrust to a machine because based on typically human abilities.

IOCOSE have used crowdsourcing, however, for a very particular purpose, namely the construction of conspiracy theories, mysterious plans and never completely verifiable. The workers, unaware, have been employed in various parts of the world, with the task of making gestures that seem to refer to conspiracy theories and coming up to protest on the street with enigmatic signs that show incomprehensible writing and symbols. Each on his own account, in his own way, completely unaware of the final plan (in this case the work of art) makes a gesture in itself insignificant, but that overall leads to a potentially destructive result. With A Crowded Apocalypse, the artists wanted to stage these invisible forces underlying our paranoia, as well as crowdsourcing. This staging by the surreal traits wants to make us reflect on the risks of today’s “atomization” of work.

The work A Crowded Apocalypse, in addition to being part of the group show of Metronom Twist in the Tail (2014), is now on display at the Photographers’ Gallery in London, on the occasion of the collective exhibition All I Know Is What’s On The Internet.