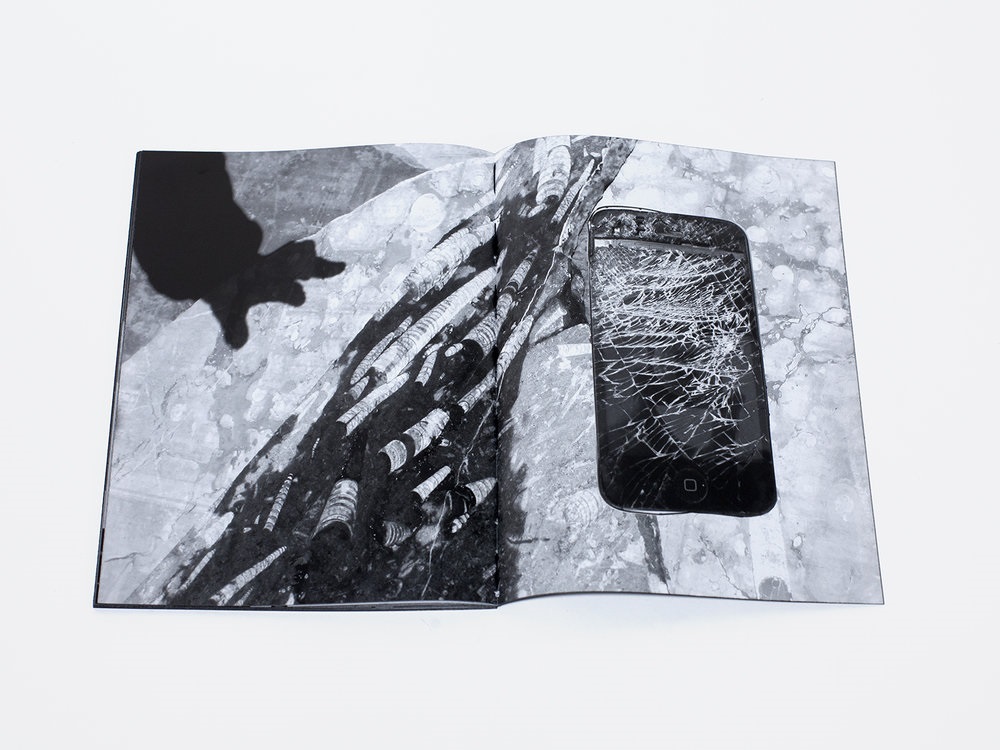 An aphorism by the british writer Arthur C. Clarke in the essay of 1973 ‘Profiles of the future‘ states: «…any sufficiently advanced technology is indistinguishable from magic». Automagic by Anouk Kruithof is a reflection on the possibilities expressed by the technological media in creating suggestions not ascribable to the rational context. Kruithof gleans from his personal archive a collection of photography made between 2003 and 2015: they are a body of works realized with smartphone and portable digital devices, a work arisen and grown parallel to the artist’s main corpus of research, driven by precise creative aims. Photographies, lack of any possible geographical and temporal references, are de-contextualized and re-elaborate giving life to new themes and reflections, all featured in a book and with some textual notes collected in a specific text. What emerges is a narrative that doesn’t proceed in a linear and logical way, but that is generated by free associations the reader make between the images. Automagic reflects on the mechanism of memory and on the way in which technology interferes with our capacity of reality perception.