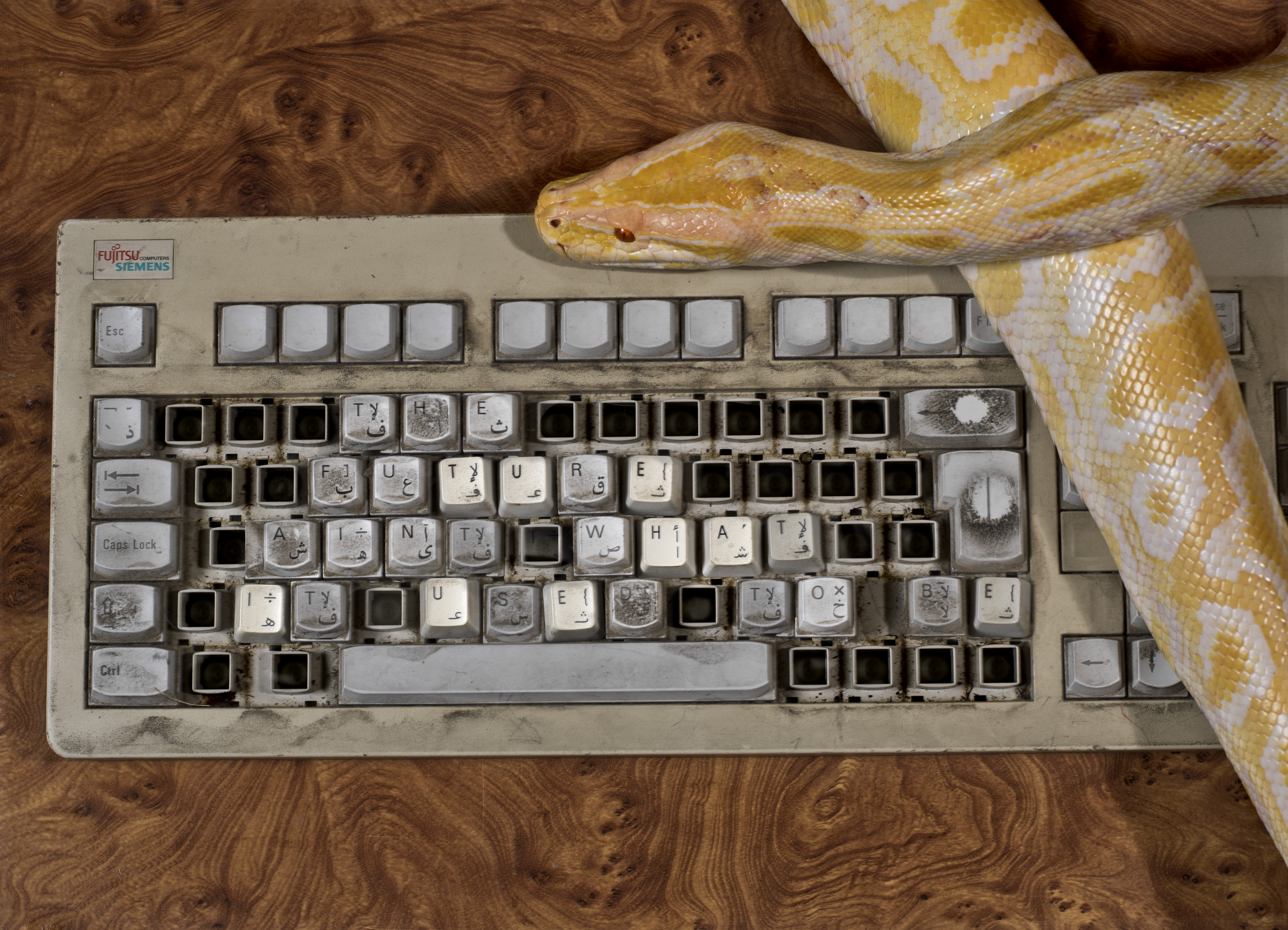 > Metronom: You have recently presented your new series Encrypted Purgatory at the Les Rencontres d’Arles festival and you have been selected among the 10 shortlisted of the New Discovery Award. How do you evaluate this important experience?

Christto & Andrew: It has been our very first time at Arles and for us it has been an honor to participate as artists. We have worked to gain a valuable experience and feel some of the underlying topics that surround important festivals such as Arles. Our practice is interposed between the photography and contemporary art and, in this sense, it was a very significant experience to participate in one of the world’s greatest photography Festivals with a non-traditional photographic series. It was also interesting to see the reaction of the audience in Arles, as our exhibitions was by far one of the most experimental and unconventional among all the other showed at the Festival. We consider Encrypted Purgatory as an ongoing project, however having exhibited it in Arles is a great start and a unique occasion to make people aware of our artistic practice.

> M: In your work there is an explicit reference, both as regards the subjects and the aesthetic, to the world of futuristic science fiction. What are the theoretical and aesthetic sources that inspired you?

C&A: We came up with the idea purely from our observations of the world as artists. This being reinforced by our previous work which mainly sparked our interest about the superficial nature of our current day society that intrigued our interest in the simulation. We then wanted to express a number of interconnecting themes, including a concern for the future and our fundamental understanding of time. We have also used science fiction references and the current state of control systems which is then contradicted via the development of crypto societies and the implications these have on traditional power structures. We were inspired by the ideas spread by Yuval Harari and Ray Kurzweil. At the same time we tried to direct our aesthetic into a different path compared to Liquid Portraits and Glory of the Artifice, two of our previous projects, yet at the same time managing to keep the new work coherent within our research.

M: In Duncan Wooldrige’s exhibition text for Encrypted Purgatory it says:”We can see that what a photograph contains is not just a snapshot, an arrested or frozen moment. No, it becomes an image that moves back and forth in time. It is not in an infinite regress or a melancholy fixation with the past: in fact, the photograph acts in the present, imagines and lays the groundwork for the future”. How do you express, through you work, this is idea of a synchronic time? How does it condition your work in aesthetic terms?

C&A: These ideas can be seen in the aesthetics of the project by looking at the materials that were used and secondly the objects and hidden messages. There are a number of aspects regarding the aesthetics that are aimed to make the spectator feel a bit uneasy and this is done by the play on time as we have managed to create a aesthetics where there are scenes that have a apocalyptic setting and reiterates a sort of confusion regarding the future, past and present. You can also see this reinforced through the mediums that we have decided to use for example in Destruction by which we have decided to use a rotating trivision billboard to display the work. You can also see these ideas in the elements that have been used in the photographs themselves, thus having elements that are from different times so to say al together seem to confuse the viewer and their perception about time.

> M: Another important thought in this new series is the concept of “transhuman”, which is also the title of one piece of the series. Can you explain which its meaning for you?

C&A: For us Transhumanism is a way of understanding that nothing is permanent and that the concepts and definitions of our condition are constantly changing and is tolerated against constantly updating conditions. For us transhumanism is a constant update we face as a human race and it is fascinating to see how we have already changed and how we are destined to change in a near future. According to Ray Kurzweil computers that simulate the human mind will exist and have the ability to interact with human feelings. In our exhibition we try to reflect this anxiety and horror towards what the future could be if mixed with ideas that question our reality.

CHRISTTO&ANDREW, Christto Sanz (Puerto Rico, 1985) and Andrew Jay Weir (South Africa, 1987), met each other in 2009 in Barcellona, where they both used to study. They now live and work in Doha, Qatar. Christto & Andrew’s practice evolves as a symbiotic process strengthened by a cross-pollination of their differing backgrounds. Together they produce photography, mixed media objects and videos exploring social identities, the media and reinterpretations of history. Since the inception of their collaboration in 2012 they have exhibited at Katara Art Center, Doha (2014); Multimedia Art Museum, Moscow, (2015); Espai Tactel, Valencia – Spain (2016), East Wing Gallery, Doha (2016), Unseen Photo Fair and Festival, Amsterdam (2016); Museu Nogueira da Silva, Braga – Portugal (2016); NRW Forum, Dusseldorf (2016); NonostanteMarras, Milan (2016); Kraftwerk, Berlin (2017). In 2014 they were selected by Foam Magazine as Foam Talent. In 2018 they got shortlisted fot the New Discovery Award of Les Rencontres de la Photographie Festival in Arles.

Cover image: © Christto & Andrew, The Future Ain’t What is Used to be (The Serpent that Gives Us Knowledge), 2018