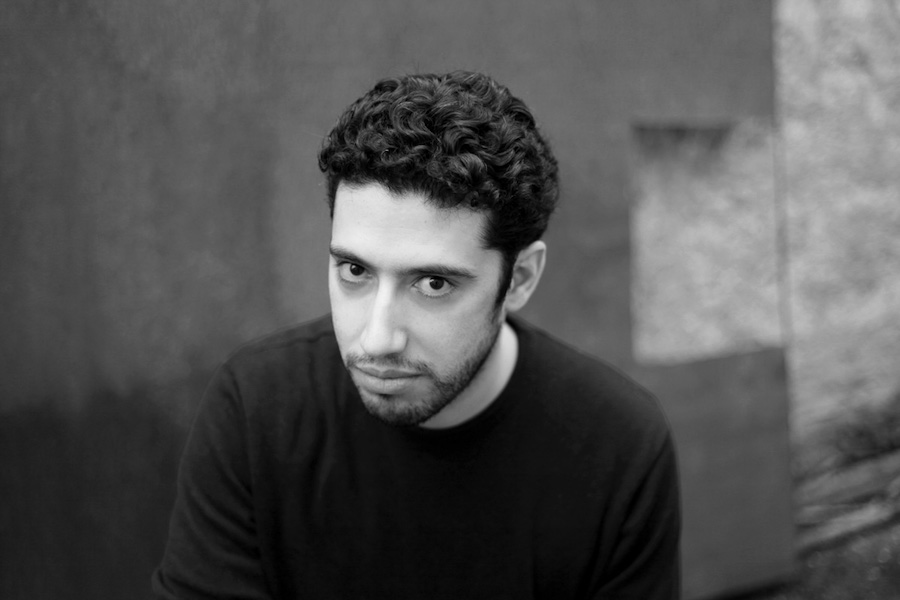 FC: David, we first met at Fotopub last year, where you were exhibiting your project Wolfgang. In the meanwhile, the series has travelled internationally – and will be travelling even more around Europe in the next months. How did you first discover the topic of this work, i.e., the scientist Wolfgang Pauli? What is the most fascinating aspect, in your opinion, of the character? How did you develop the project?

DF: For physicists, Pauli is a superstar, equivalent to Einstein. But to the general public he is quite unknown. I didn’t know about him before starting this project, even though I was familiar to the names of most famous quantum physicists like Bohr, Schrödinger, Planck, Heisenberg or Fermi. So, researching about him was quite interesting. Even though the myth of the Pauli Effect is definitely amusing, and he himself would be delighted by the stories surrounding it, Wolfgang Pauli was not known to be a fun person. He was seen as ‘The Conscience of Physics’, the tough professor, who could not stand any scientific reasoning that wasn’t rigorous enough to his standards. He was witty, but brutal in his critics. And, even though his scientific reasoning could not stand any imperfections, throughout the years he had a very long correspondence with Carl Jung, the psychoanalyst, where he was desperately trying to find a unifying theory between quantum physics and psychoanalysis. He would even use his infamous Pauli Effect as an example of what they would call synchronicity; the idea that certain events can be related by meaning, and not necessarily causality. This seems insane to me, but brighter minds than mine spent years trying to analyse these ideas. In addition, I really wanted to explore the fact that scientific discoveries can come in radically chaotic ways – researching and testing crazy ideas, just to see if they work out. The whole field of quantum physics is based on theories that seemed insane at the time, and are still completely in opposition to basic human intuition. And yet, mathematically, they work, and are now proven and tested in a variety of ways. Wolfgang comes from the idea that science is a chaotic field, where wild theories and creativity are vital parts of breakthroughs. The Pauli Effect is used as a key to explore these ideas, and make the spectator an active participant who investigates as a scientist what is reality and what is myth.

Wolfgang is also a volume, published by Skinnerboox in 2016. This is the second book you realised on your work, after the first on Anecdotal (published by Maria Inc, 2015). What are the difficulties and the perks of undertaking a publication? What kind of changes or considerations must be made in order to convert a photographic series into a book?

A book is a specific art form. It has to be thought out considering its own merits and specificities. Wolfgang and Anecdotal are not exhibited in the same way they are published. For example, one part of Anecdotal is specific only to the exhibition form; a cabinet of atomic curiosities (newspaper articles, atomic war card games, cardboard radiation counters, etc); the book, on the other side, is made as an investigative compilation where all of the information is readily available, and the reader can go back and forth to search for links between text and images. The book form of Wolfgang has a visual progression that doesn’t exist in the exhibition space. The design and images start slow, and get more and more crazy until the last chapter, full pages of glitches and explosions. The exhibition, on the other hand, plays with the space, to create an uneasy situation for the spectator, who is surrounded by weird events and accidents. So, the difficulty and perk of bookmaking is just that; being able to create a narrative and atmosphere that differs from the exhibition form.

What kind of connections relate your works with your own interests for science? Does this passion influence the methodology of your artistic research?

I am definitely a hyperactive geek in my approach. I don’t think I could have been a good scientist, as my attention span is too short. So my artistic research tends to reflect that, and layer many different weird ideas, and styles. I tend to not be very interested in artistic techniques, just on their own. And I wouldn’t say I have a personal visual style. I am more interested in finding specific methodologies for each project, that provoke the spectator into thinking about complex political, philosophical, and scientific ideas. My next projects will emphasise that approach even more, and I’m trying new tools, such as video, sound installations, and data visualisation, to get to that point. It is a slow ongoing process, but it’s quite exciting to try (and fail).

I would like to know more about your latest work, On the Last Road with the Immortal Woman, about the figure of Henrietta Lacks; what is the starting point and the aim of the project?

My new project is based on the story of the first immortal human cell line, and the mix between the metaphysical implications of immortality, and the very real and human struggle of the woman whose cells were taken without consent: Henrietta Lacks. It’s a complicated subject, and I’m very actively working on it at this moment. All I can say is that it’s conceived as a physical exhibition, with video, installations and layering of images. The book form is not even in my mind at the moment. We’ll see how it goes; I hope to be able to talk about it more very soon, but it’s still too early.

David Fathi (1985) lives and works in Paris. After completing a Master’s degree in Mathematics & Computer Science, Fathi starts an artistic research in contemporary medias, side-by-side with his career in engineering. This double practice can be perceived in his work as an intense passion for science and the limits of knowledge. Through strange, little-known narratives he shines a light on the cognitive biases which make us confuse fact and fiction. His work has been exhibited in various locations including France, England, Poland, Portugal and China. Anecdotal, a series about the seemingly fictional, but absolutely true, stories around nuclear testing has received the jury’s special mention of Prix Levallois. Wolfgang, a series based on the CERN archive, retraces a strange myth about one of the founders of quantum physics, won the Grand Prize Fotofestiwal in Lodz and the Arles Photo Folio Award.

The interview with David Fathi was realised by Federica Cavazzuti in February 2017.