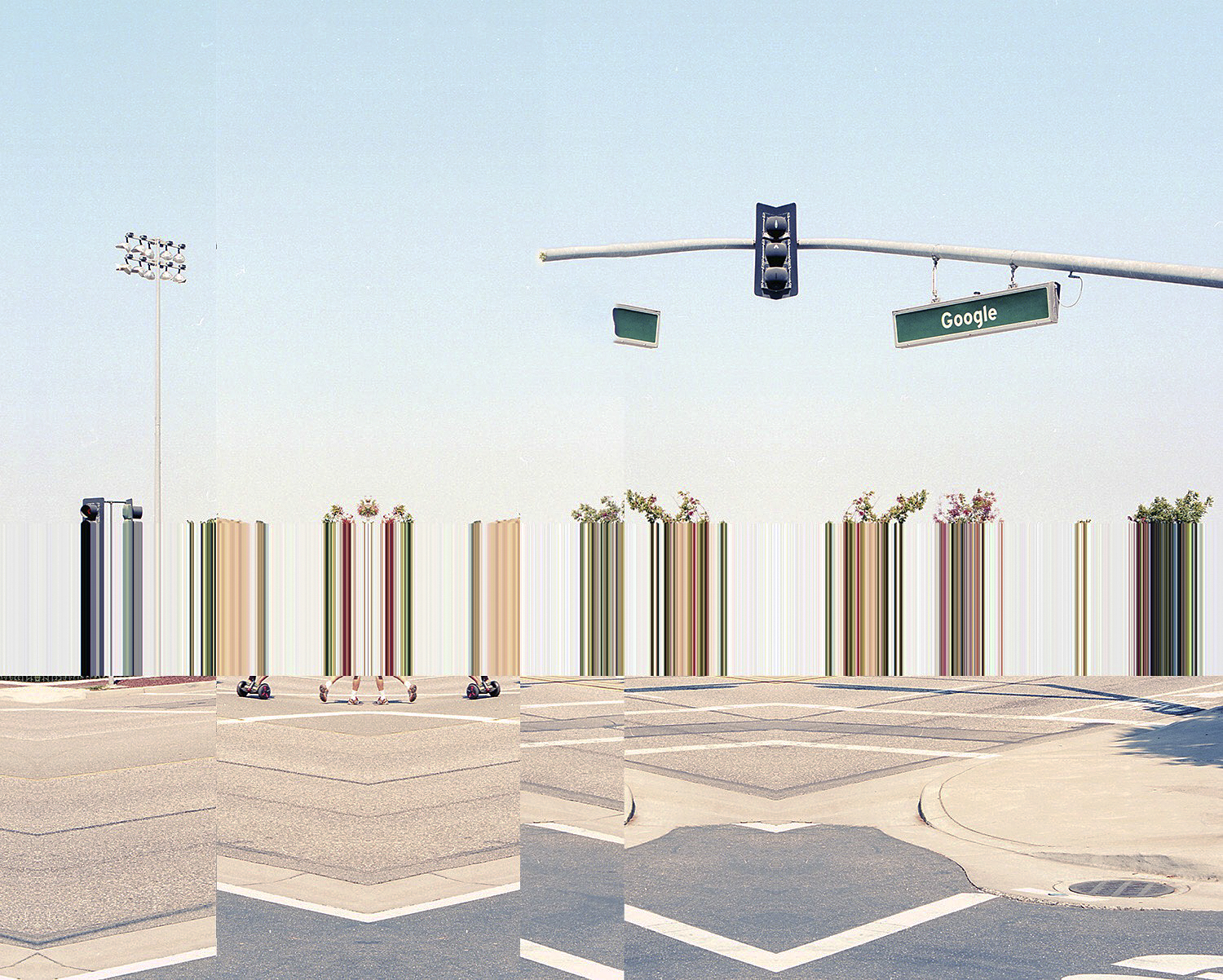 Extract from the conversation between Luca Massaro and Marco Signorini, inside the Project Room Face2Face, part of the summer residence Seeing Double that Luca Massaro is helding in Metronom until 21 July, 2017.

Luca Massaro: Hi Marco, first time we talked together was several years ago by email for your online blog, than we became ‘virtual’ friend on Facebook, recently I ‘visited’ your personal exhibition in Metronom through the 360° images you realized as documentation of the show. In “Le Musée Imaginaire”, André Malraux wrote about ‘a museum without walls, an imaginary architecture built around the possibilities and proliferation of the photographic reproduction”. Internet seems an overwhelming extension of this concept. The re-configuration of the physical space of the museum (or in general of the exhibiting space) through digital technology and social network, as a symptom of the hybridation of real and virtual, is and will be a perpetual interest in editorial and curatorial project I started a few years ago in Reggio Emilia, that will going on in Milan (gluqbar.xyz). As artist and professor, how do you find it possible to create a deep and meaningful connection between the physical exhibition space and the virtual world?

Marco Signorini: Hi Luca, it’s a pleasure to meet you again on this topics, that are also my themes of research at Academy of Fine Arts and that I deal within my personal artistic project. On my side, I found impossible to separate the virtual space from the physical real. Internet is a reality itself, even if undoubtedly with its characters of relations and fruitions of the material that circulate. The curatorial and editorial experiences you are fostering are shared evidence of a mobile support, open and without control on the whole conception not just of art and culture, but also of society in general . The idea of a ‘museum without walls’ by Malraux is surely increased by the technological chances: first photography as pre-technology of fragmentation and re-formulation of the existence, than today the horizontal and vertical navigation possible on search engines. Adobe Systems Company opened The Adobe Museum of Digital Media in 2010, hosting artists who were asked to ‘exhibit’ some site-specific works, mostly interactive. Also some project by Metronom, as your residence Seeing Double, have organized projects conceived to be both critical reflection and exhibition in the space, parallel and quite different to the classical exhibition of work inside the space and I do think the developments in this direction could become very interesting.