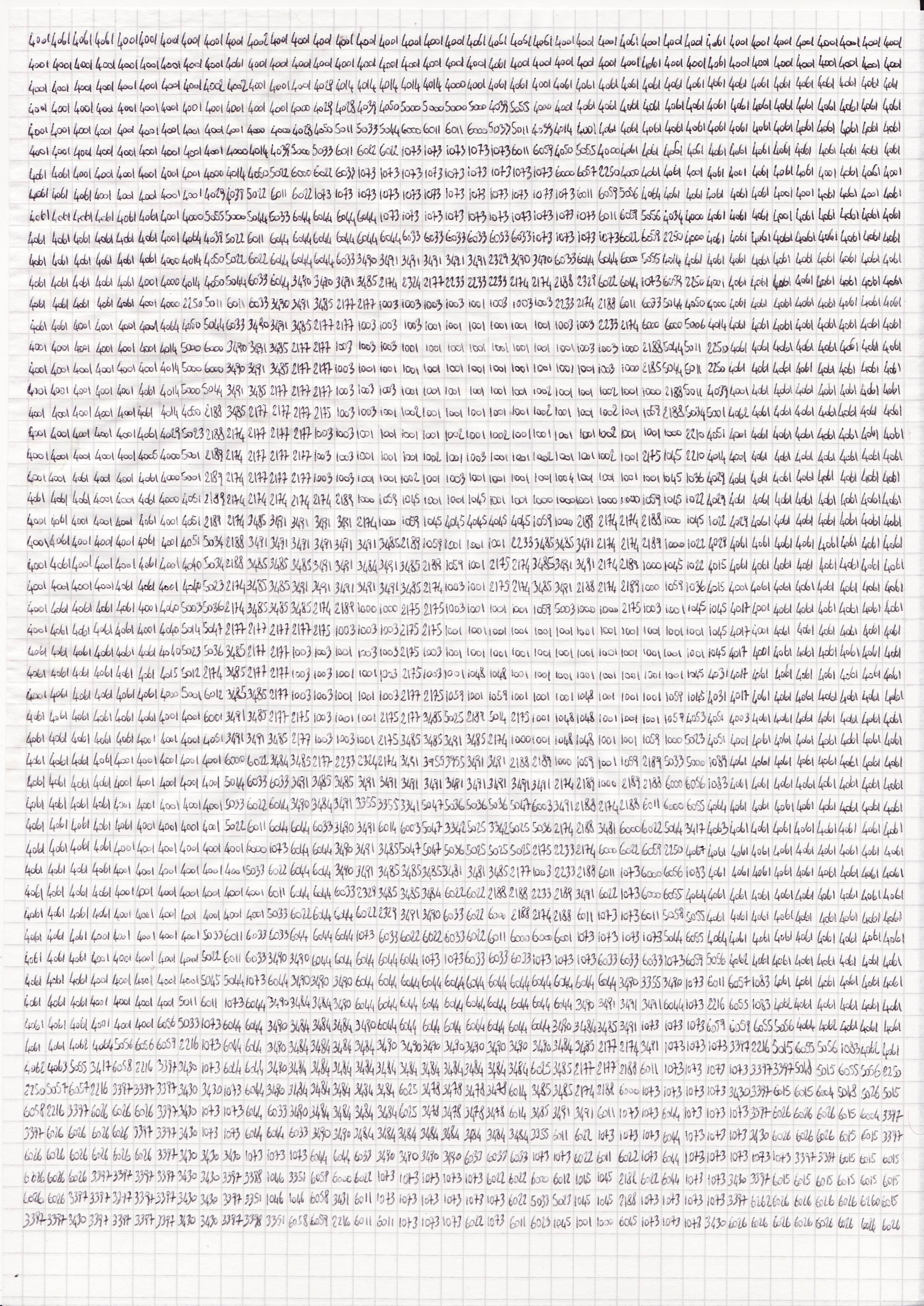 I do not even see the code anymore – Fabrizio Bellomo

I would add that today it is virtually impossible to talk about anything without talking about numbers; we believe – often if not always – that the numbers can help us to understand, and obviously most of us have to believe in something for not losing the reason. We have codified the image and colour (as well as our entire existence) into something that could be divisible, multipliable, an alterable, constructible and transferable image through the modular. Our images today are made up of grids of more or less squares, which can be of different dimensions; we read this set of squares as continuous images, even if they are segments belonging to a grid, each of which has a number corresponding to a colour – and vice versa. The number is assigned to the single colour through a color palette (and this is also obviously coded and then accepted); our images are so coded today that they can be easily shared, precisely. Not surprisingly Lev Manovich talks about numerical coding and modular organization as the two principles lying at the heart of new media.

What I am asking today is: to where this coding can come, what are the evolutions it can still undergo? If today we need to talk about numbers for talking about colours, and if to each colour a part of the pixel grid corresponds to a coding number, then it is plausible to think that in the near future we would be able to directly codify numbers into images? What about representation? Would it be plausible to think of a further step in our automatic encoding level, the level where, in this pixel grid, instead of the colours there will be the corresponding numerical equivalent? Would it be possible and plausible, in a medium term, that our brain shows to be able to bring these numbers back to a symbolic image level by automatically encoding it?