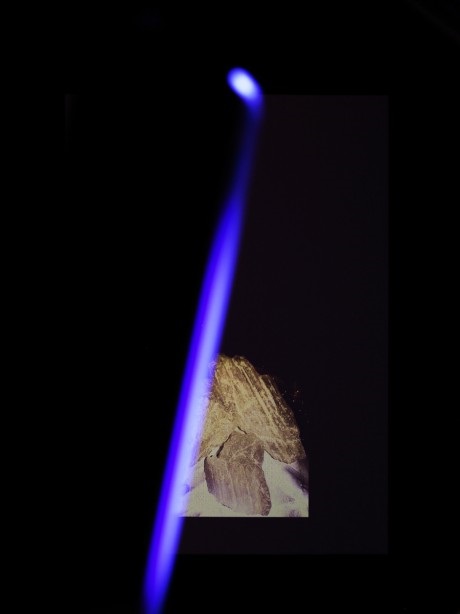 The data we get from the online search engines are just a small part of the huge amount that populates the web. The project The Iceberg inspects the structure of internet, analysing in particular the deep web, where encrypted, illegal contents are shared and are kept invisible to Google’s search. The deep web is an unregulated space, where everything is allowed and anonymous. The data spread through the dark net are not traceable, therefore allowing the users to create an underground market that is exponentially growing. In this project, Di Noto selects a series of images to be printed with a specific ink, visible only under an ultraviolet light. It is the same light that is used by the police to trace narcotic substances – one of the main trades of the hidden web. The Iceberg reflects on the anonymous and evanescent nature of what is hidden below the visible surface.