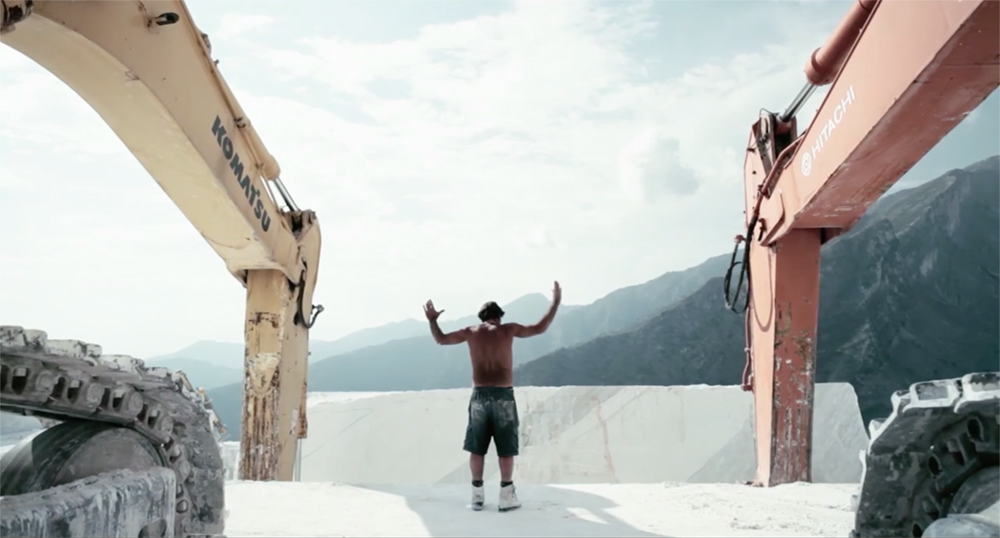 Il capo is one of the episode, together with Da Vinci (2012) and Piattaforma Luna (2011), of the trilogy The Malady of Iron, with which Yuri Ancarani reflects on the work dimension, telling realities usually hidden or poorly visible in the everyday life.

In the video all the attention is focused on the head (chief) of the marble caves in Carrara (Tuscany, IT) that, with any movements, checks the enormous machinery for the marble extraction. The clean images of the video, on a thin line between documentary film and contemporary art, leave space to the theatrical language made by gesture and signs that men employ to overcome the deafening noises of the diggers, on the scenery of  milky-white-marbe nuance, that gives the scene a grief and surreal atmosphere. Ancarani oversteps the stereotype of the rude workman and overturns the viewpoint on the hero figure, not the one the cinema and tv suggest us, but the common man that – thanks to his practical knowledge – makes epic actions. In this sensual and dangerous dance, in which the men is the director, a new possibility of an according relationship between men and machine takes shape.