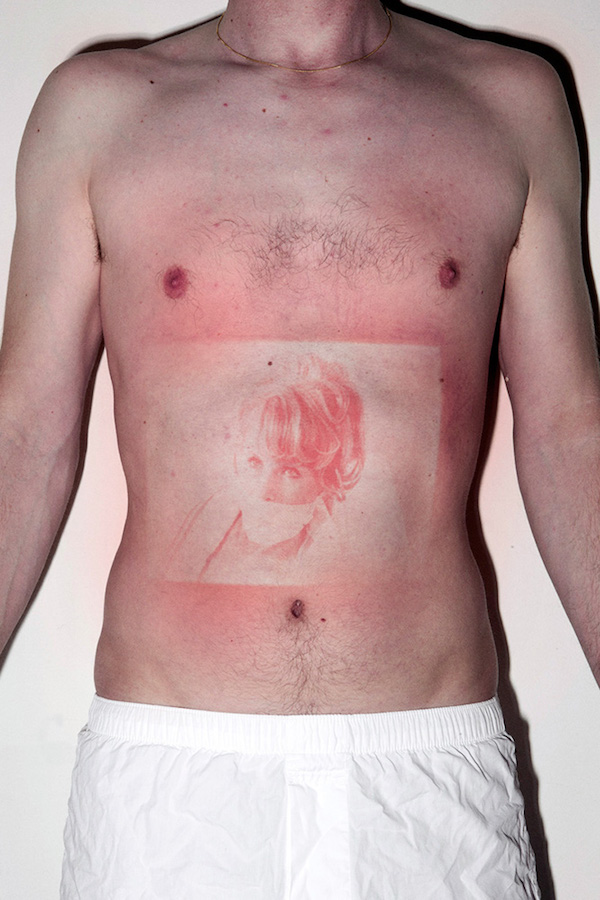 The book Illustrated People was realised by French artist Thomas Mailaender during a residency at the Archive of Modern Conflict, in London, publisher that is acquiring a huge number of photographs with the aim of representing conflict. His pages alternate the black and white reproduction of some images taken from the archive and the images of a performance realised by the artist himself – in this, Mailaender imprinted 23 original negatives by using a UV lamp from the Seventies. The work, which originated from a reflection on the extent to which some pictures or memories are internalised in ourselves, shows the skin of the protagonist to become the photosensitive material allowing the images to appear. The ironic reflection on the ontological statute of photography is expressed through a painful act, in which the artist’s role is also the torturer, recalling the violence of the conflicts the material referred to.