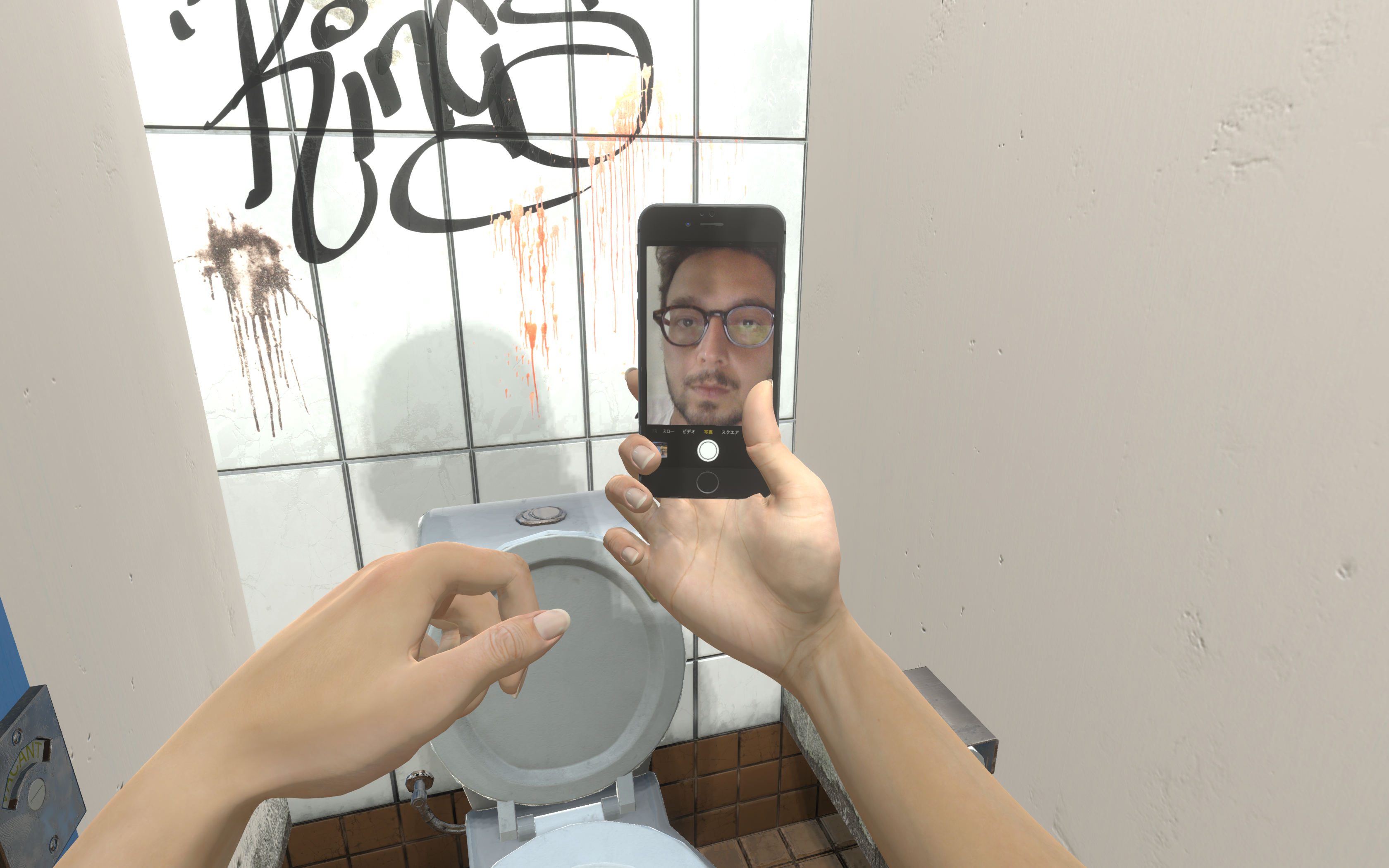 > Metronom: As Digital Curator at Fotomuseum Winterthur, you take care of SITUATIONS project. Could you introduce the project in detail and its starting points?

Marco De Mutiis: SITUATIONS is an experimental exhibition format and research lab with a dedicated focus on the changing role of photographic media. The idea, since its inception in 2015, was to create a space for investigating the transformations that photography is undergoing and its historical trajectories. It was one of the very first projects I was involved with when I joined the museum, which was going through a repositioning process in a moment where photography museums where struggling to engage in what photography was (and is) becoming, especially in its digital and networked forms. SITUATIONS was born as an online platform and physical space in Fotomuseum, with 3 to 5 thematical shows (or clusters) per year, revolving around some of what we believe are the key issues in this transformation of the medium. At the moment of writing we count 171 SITUATIONS grouped in 20 clusters that have explored notions of agency, apparatus, labour, politics of representation, circulation and distribution, truth and indexicality, impermanence and infrastructure, and many more. Individual SITUATIONS can be artworks, but also quotes, essays, performances, lectures, video interviews, workshops and other forms, and can take place in Fotomuseum, online, in your email inbox and in other locations. The website situations.fotomuseum.ch works as the central platform to explore the various nodes of this rhizomatic network of voices. It acts as the home of online specific project and an archive of past SITUATIONS, which are updated and enriched with installation shots, video interviews with artists and video documentations of talks and events. Furthermore, all SITUATIONS are tagged with keywords from a curated vocabulary that can be used to create new connections by online users, allowing viewers to almost recurate new thematical clusters, grouping specific contributions across all of the archive. These connections are constantly being updated with the release of new SITUATIONS and offer an experience and a research tool that could only be possible through digital online platforms. In this sense we think SITUATIONS is very much a growing resource accessible internationally that keeps reconfiguring itself and expands the fragmented physical experience of the exhibition.
The project was inspired by the potential given by online technologies and applied to a discursive approach in the field of photography, and became a complementary online tool and ideal companion to our blog Still Searching, launched in 2012 and which hosts some of the most interesting authors in the discussion of contemporary photography and image making.

> M: Computer games and simulation are some of your search fields. For example, you held “Camera Ludica” project, an essay video made for the media wall of Photographers ’Gallery, in which you discuss the relationship between photography and computer games. What impact are these tools having on contemporary art and its use?

MDM: I first started getting interested in the phenomenon of so called in-game photography in 2015, which led to the cluster of SITUATIONS/Play. Photography and computer games have a particularly intriguing relationship in my opinion, and many artists are working with games – screenshotting, modding game engines, or simply playing with their cameras againstthe game – in ways that are challenging our notions of what can be considered photography. On the other hand developers have started adding photo modes, functions that pause the gameplay to let players control the camera and take pictures in game, and even created NPCs (Non Playable Characters) which autonomously take pictures as players progress in the game. CGI (Computer Generated Images) have become  increasingly photorealistic and people have started reenacting famous works in games and even extending them (for example, a few artists have been doing their take on Ed Ruscha’s seminal 26 Gasoline Stations, restaging it in Grand Theft Auto V). Finally there’s a niche genre of photography simulation games that let you play as a photographer, and gamify and quantify the photographic act of capture. These simulations turn the photographic act into a point system activity, which also raises interesting questions of how we define good or bad photography through algorithms – and connects to the more general developments of machine vision in photographic images outside of games. All of these different practices raise many questions over the role of photographers, their relationship with algorithms and game rules, but also of photography when this becomes a screenshot or a computer generated image indistiguishable from a camera-made picture of the phenomenic world. I kind of got obsessed with this universe and I now plan on turning all of this in an exhibition in 2021, exploring the issues that these practices uncover in relation to photography. For now I collect all of my findings in an open (and disorganized) public blog: ingame.photography.

> M: In addition to the curatorial activity, you are part of a research project, called “post-photography, promoted by the University of Lucerne “. What exactly does it concern? What more generally does the term “post-photography” mean?

MDM:    I’m carrying out my research on photography and computer games within the research group of post-photography at the University fo Applied Sciences and Arts of Lucerne. The collective research aims at tackling many of the transformations I talked about in regards to SITUATIONS and map new ways to define and understand photography from a scholarly perspective. Post-photography is a funny term. It popped up in different moments and in different contexts (for examples Geoffrey Batchen writes about it in 1992 and Joan Fontcuberta uses it in 2015 in a completely different context). There seems to be a certain reluctance to accept this shift within the medium and just speak of photography, and I always feel that the field has this tendency of always defining itself dead or reborn. In other words, photography appears always to be dead, or rather murdered, but its assassins are always different. In the 90’s it was the crisis of the real and the digital turn, then the flood of images circulating in huge quantities of the early 00’s, then social media and selfies of so called web 2.0, now perhaps it’s GAN (GenerativeAdversarial Networks) and machine vision? I like this idea of photography being undead, zombie photography as Andrew Dewdney called it, or Domenico Quaranta’s idea of computational photography as a “bodysnatcher”, wearing the body of its previous owner. As you might imagine from my comments, I am not a fan of post-photography as a term it also implies that we are past the problems and issues of the disciplines and we can move on to a pristine field of enquiry because we have solved all the issues before, as Nishant Shah commented on the general ideas of “post-ness”. But it’s a convenient term, a compromise so that people understand the context of the discourse, I would say. Just recently I co-founded a collective of rogue photography curators and provocateurs with a project titled “You Must Not Call It Photography If This Expression Hurts You”. Together with Katrina Sluis, Jon Uriarte and other brave screenshotters we have launched a subversive manifesto and an online shop to playfully touch on all these questions and infiltrate the traditional places of knowledge making. We just launched the project here: youmustnotcallit.photography. Please drop me an email if you want to join us or if you want to buy a condom with a quote from Barthes’ Camera Lucida, or a mug with Paris Hilton self-proclaiming herself the inventor of the selfie.

>M: How does the new figure of the digital curator fit into the institutional artistic context, such as the Fotomuseum Winterthur? Could you better describe this role?

MDM: Thinking about the incereasingly dominant role and impact of computational and online cultures, one would think and hope that the term “digital” would not be required and that competence would be implied in curatorial roles. Also this “digital” (just like what we said about “post“) reinforces a divide between analog and digital cultures which I don’t find very beneficial, and in my job I always experience a great exchange with other curators and researchers and artists indipendently from their level of digitality, if there is such thing. At the same time, I do enjoy my title of digital curator, and its ironic existence – especially if one thinks of the idea of the possible counterpart title of an “analog” curator. Realistically though, my feeling is that many cultural institutions are being slow at adapting, also because the shift does require infrastructure, vision as well as funding policies to change accordingly. It’s not easy for small and medium size institutions to survive with current economic models, so of course expanding a museum’s focus to venture into this territory is a risk not everyone can afford to take.
My job sits between the curatorial research in the domain of digital and networked forms of photography, and the more technical side of the digital infrastructure of the museum. The second part has to do with issues of archiving and preserving the knowledge of the museum in a long term perspective but also thinking about what a museum can be in online and digital spaces, and create new spaces of knowledge trasnfers . There are certainly many other great institutions doing a fantastic job – in the field of photography The Photographers’ Gallery in London stands out with their digital programme and their unthinking.photography platform, and the platform of DONE at Foto Colectania in Barcelona is also doing great things. Having this said, I think smaller and less institutional spaces are the ones who are doing more exciting things, exploring  spaces that can be used (and abused) for cultural and artistic interventions. I’m a fan of localhost by Drew Nikonowicz, which is an art space created on a Minecraft server, where the space is reconfigured according to each exhibition (localhostgallery.nikonowicz.com). I loved the project “Not Only Cigarettes” by Luca Leggero, from Green Cube Gallery, that creates a video art exhibition contained in the screens of automatic cigarette vending machines (greencube.gallery/exhibition/not-only-cigarettes). Sebastian Schmieg’s Gallery Delivery is a group exhibition on demand, which is delivered to your house and installed by a bicycle courier (gallery.delivery). SCREEN_ is a email-based art “space” by Ada Wright Potter that produces monthly artworks, sent/received via email (screen-space.info).

Marco De Mutiis works as Digital Curator at Fotomuseum Winterthur, where he leads and co-curate the SITUATIONS programme and also deals with issues related to digital infrastructures, online museums, and photography in its networked and algorithmic forms. He is currently also part of a SNF funded research project titled “Post-Photography” with the Lucerne University of Applied Sciences and Arts, researching on computer games and photography, looking at simulations of photography, photorealism in games, photo modes, photographic playbour and screenshotting practices. He is also a co-initiator, core member and networked mastermind of the rogue collective behind You Must Not Call It Photography If This Expression Hurts You.