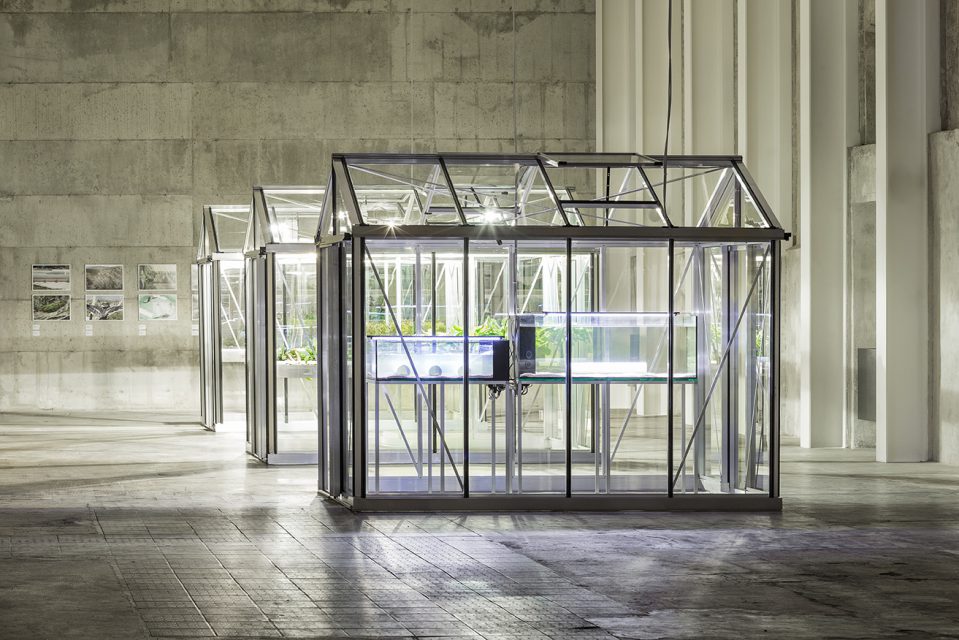 Metronom: You were awarded with ‘Curate Award’ in 2013, but you are also an artist. Do you feel these practices superimposing or balancing one with the other?

MW: As an artist I engage the systems that condition contemporary life: economic systems, technological systems, and ecological systems. In seeking ways to expand artistic practice into these systems, I have also come to understand art—or the “art world”—as a system. By taking on aspects of various players within the art world system, I have expanded my repertoire of tools for art making. I have used the tools of the dealer, the collector, and the critic. The Curate Award offered an explicit opportunity to take on the role of the curator as well. I wanted to go back to the root of curation—as care—to determine a relationship to living things already under the exclusive care of the human species. The “art world” practice of curation moves into a global, ecological sphere.

In your exhibition at Fondazione Prada ‘Extinct in the Wild’, the research is based on the dichotomy between natural / artificial, that could be translated on a technological discourse. How does the technique fit / is included in this process?

We live in a world reshaped by technology. Climate change and ocean acidification have changed the basic environmental conditions for life on this planet. The effects of human technology are nearly inescapable. In this context, it becomes difficult to separate the natural from the technological. While the category “extinct in the wild” presumes a clear distinction between the natural and the artificial, I hope that this work will call those categories into question. In the epoch of the Anthropocene, perhaps all species will be considered extinct in the wild.

Technique has a positive attitude when permits to preserve and elucidate (as inside the greenhouses) and has a negative result when accomplices of the environmental progressive change. Is this a theme you are interested in?

The exhibition project is composed by the greenhouse installation, entrusted to the Fondazione Prada staff, and a selection of photography. How much the series of photography influence  the process and the research? May we consider them as documentation material – a kind of archive or the starting point of the whole project?

The exhibition extends the global networks of care under which an individual species persists.  The Fondazione Prada becomes a new node in this system of care.  The photographs are a selection from an ongoing series in which I am documenting the location where a species was last observed in the wild, as well as documenting the species in cultivation or captivity.  Some of the species documented are also on display within the exhibition enclosures. The photographs begin to reveal the relationship between the exhibition and the larger networks of care of which it is a part. The exhibition is a kind of passageway—from nature into culture. The photographs document this passage.

Survival, surveillance, conservation, detention are concepts that refer in some way to the broad control. How much analysis of control mechanism is involved in this project?

Technology has expanded the domains within which the human species has control. Biotechnology and geoengineering use natural processes for human ends. Once a system comes under human control, it becomes available, also, as a medium for art. In this work, the processes by which humans determine the survival of a species are aligned with the role of the art institution. For these homeless species, uprooted from the environments in which they evolved and persisting only within the global circuits of culture, displacement and collage are not aesthetics techniques, but strategies of survival.

Michael Wang (Olney, Maryland, 1981). Lives and works in New York, NY. After a BA in Arts at Harvard University, in 2004 he received a MA at New York University, completing the education with a Master of Architecture at Princeton University in 2008. His work has been exhibited worldwide and is featured in numerous magazines and publications. Among the latest exhibitions, Global Tone. Foxy Production, New York (2013); Michael Wang. Andrea Rosen Gallery, New York (2014); As We Were Saying: Art and Identity in the Age of “Post.” Curated by Claire Barliant, The Elizabeth Foundation, New York (2014). In 2013 he was awarded with ‘Curate Award’ by Fondazione Prada and Qatar Museums. His show ‘Extinct in the wild‘ is now on view at Fondazione Prada in Milan (until, 9 April).

Artist interviewed on the show: http://bit.ly/2m34Wai