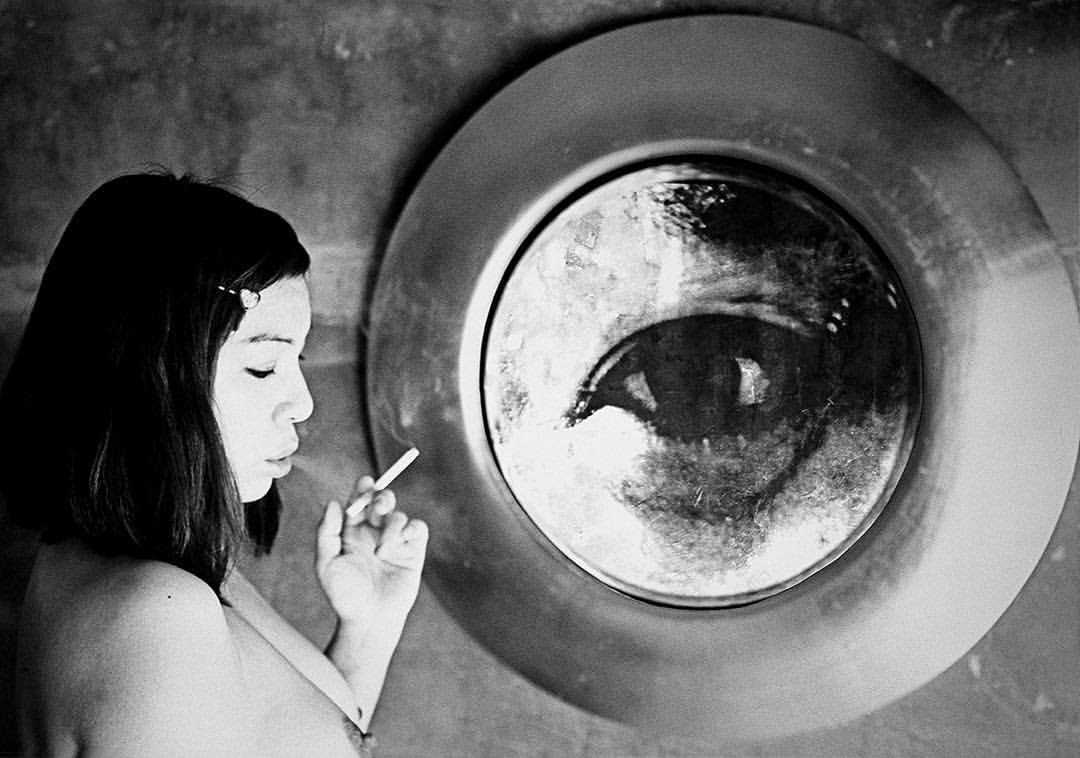 Created after the Onna no Shashin (Female Photography) big wave that started in the 90s in Japan, in which an increasingly growing number of women photographers started appearing on the art scene, Tokyo Rumando’s self portraits claim back the representation of the female body in a Surrealist way. In ehr pictures, this physicality shifts from the common depictions of the great Japanese male photographers, emphasizing the sexual component above all, to a new representation of the intimate sphere. The project Orphée, for instance, is a series of black-and-white photos in which the artist stands in front of a round mirror that becomes a passage to the interior world of the individual, and shows images of memories, thoughts, fear and desire.