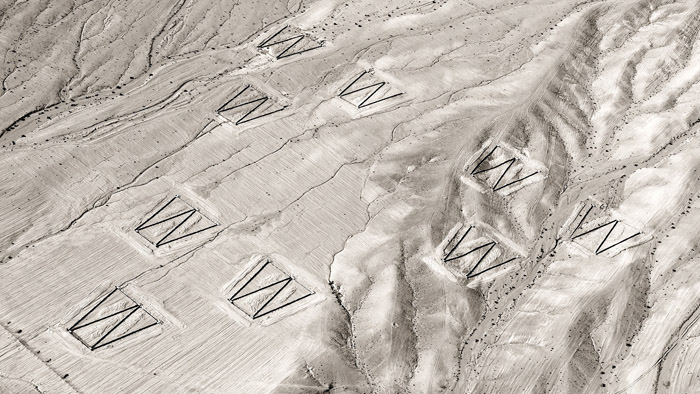 From the past to modern times, both archeological research and modern aerial surveillance systems show that the areas of war in the Middle East have always been depicted as empty and nefarious. In particular, the media coverage during the Gulf War provided a series of images of hostile locations with no history and no people.

Shadow Sites II reflects on the perception and the historical representation of the Middle Eastern landscape in the shape of an air travel: a sequence of incomprehensible, almost abstract, figures of distant objects that once again represent a dehumanised territory – similar to the interpretation of those images showing sinister and desert places.

Jananne Al-Ani’s work encourages the viewer to re-imagine this landscape and its historical value in order to realise to what extent the way a location is presented by the media can paradoxically lead to its disappearance.