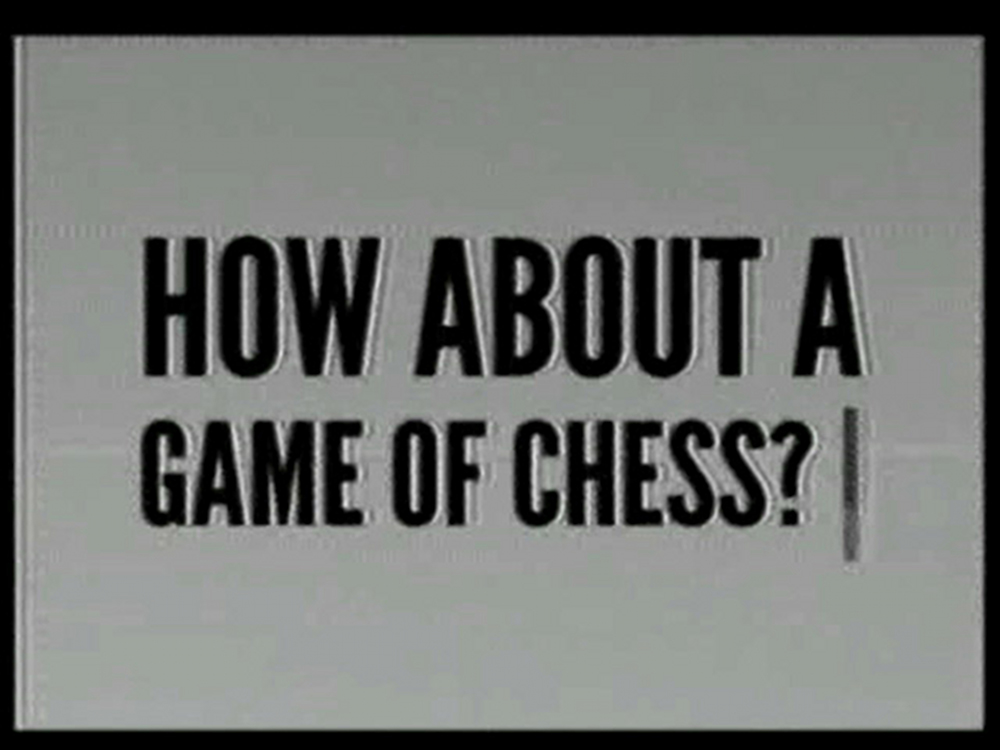 “A strange game. The only winning move is not to play. How about a nice game of chess?”

Surveillance Chess is a performance for a single and unusual recipient: the security staff’s surveillance monitor in its control position. Equipped with an interfering transmitter, the collective !Mediengruppe Bitnik hacks surveillance cameras in pre-Olympic London and illegaly assumes control, substitute images of the surveilled space with invitation to play a chess game, transforming the control room in a game console.

This action becomes a way to overturn the power’s hierarchy, placing on the same level the viewer and the observed, suggesting an alternative and impossible usage of this technology. The interference, apparently hostile and threatening, reveals from the very beginning its friendly aim, translating a mono-channel surveillance system into a tools of interaction.

In the temporary loss of control on the monitor image, a diverse horizon comes to life where the control practice is turned into a new possibility of dialogue and confrontation.