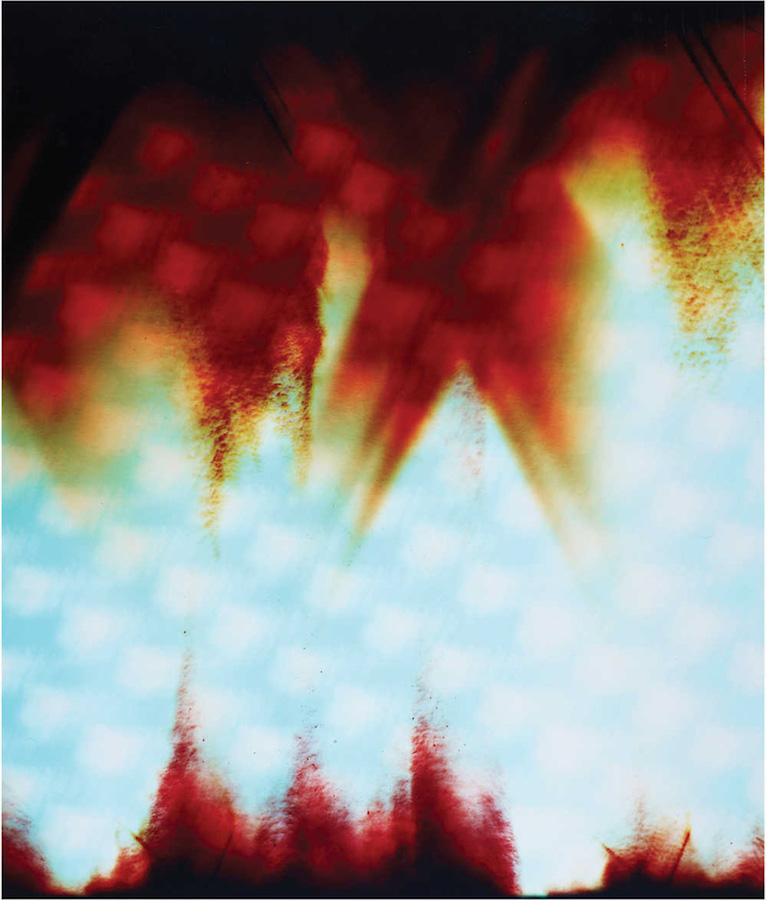 The work realised by Adam Broomberg and Oliver Chanarin in 2008, during a period spent in Afghanistan together with some British military units, is very different from the kind of photojournalism that is usually known. In this case, the two artists entrusted the soldiers with a lightproof box containing a roll of photosensitive paper, thus making them become the unintentional protagonists of a performance.

During the period there, every time something worth documenting happened, Broomberg and Chanarin unrolled a piece of that paper exposing it to the light for 20 seconds. The result is The Brother’s Suicide, a 6-metre long, abstract image showing no more than a sequence of stains. The work is a reflection on the unsuitableness of the images depicting human suffering – often subject to censorship, or encouraging a depraved voyeurism that doesn’t allow a deeper understanding of the events. The box becomes a mute witness and, as stated by the artists, rather than the deprivation of the image it is an urge to ‘look harder’.