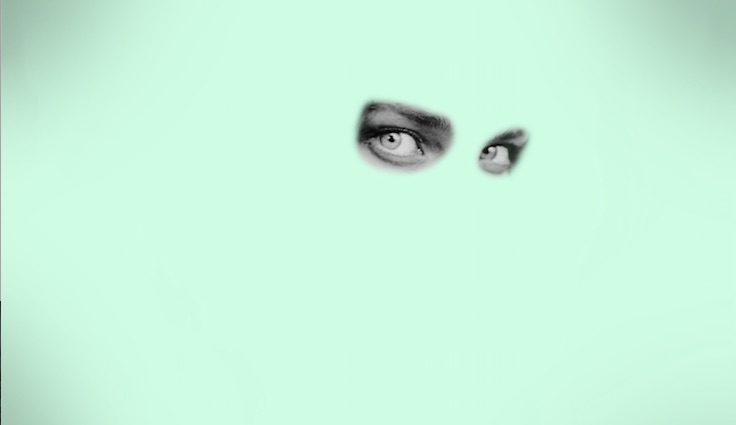 Tim, in June your works will be on display in three different locations in Modena: at Metronom Fuorimappa, at THC Architecture (The Leitmotiv Issue #1 and #2) and at Fondazione Fotografia (European Photography Award 2016). Can you tell us something about your projects included in these exhibitions? What was their starting point, and how did you develop the ideas behind them?

Tim Cullmann: The topic is the image itself. I deal with basic questions such as: where do the images come from, which ‘looks’ are the most popular, in what ways the images can be used, how do amateurs treat images in contrast to professionals, what are the differences between images taken from popular culture and those of artistic kind, and in what ways are the media used? I practice the appropriation of images, visual discourses and pictorial rhetoric not as a concept but on the basis of trivial grounds. I do not believe that images are simply made up. One is rather influenced by the surrounding images and it is impossible to withdraw from them. With reference to Michel Foucault and the discourse analysis, nothing beyond the discourse exists. I am myself a participating part of the world, connected to a specific time, who cannot escape these determinations. I do not understand why this could not equally apply to the world of images, especially when the multitude, accessibility and fluctuation of images is as big-scaled as today. Art, photography, advertisement, fashion, design are all evident interactions with the world of pictures. The practical foundation of my works is the desire and passion for the materials, the experimentation, unconventionality and above all, images which I love and at the same time am skeptical about. I operate with a very broad concept of media and images. Ultimately, there is no hierarchization between unfamiliar material and my own, or painting and photography, old and new, high and low, representation and non-representation. The exhibition at Metronom shows 3 times 4 works. It remixes an exhibition i did earlier this year, called Cropped&reloaded. To describe the work I will use an abstract of my performance from the opening:

I love YouTube and amateur photography. I find inspiration in the simple-minded photographic work of amateurs. I love building sites and construction areas. On building sites one can find the greatest installations, paintings and sculptures. I am amazed by how the greatest pieces of art one could think of are created by accident. […] I love to think in all categories of art. Everything can be art! Interesting gestures, aesthetics and ideas exist everywhere. I love to feed my work with self-irony. As a person, as an artist, as a worker, as a fool. […] I love to think about pictures as interconnected things. I believe that images come from images and appropriation is not a conceptual trick, but an unavoidable circumstance.

I’d talk nicely to them and try and get them to come closer is a quote from a song called Animals by Baths. The quote references to the relation between artwork/artist and viewer/audience, but also to the approximation of photography and painting. The works are the result of a series of analogue silver pelatine prints, intervened with spray and flashlight in the darkroom. Some of the images are from my archive, some of them are gathered from the internet and rephotographed from my laptop-screen with an analogic camera trying to turn the digital into analogue.

For the Summer Show I produced a new work called SCHEPP&KACKE. For this one, I took as a starting point the documentation and installation views of two past shows I did. Then I simply and quickly replaced the old works by new ones, using photoshop. The images are printed on special fabric normally used for sport T-shirts, that allows me to stretch and work with it. Then I built a construction on which the works could be installed, like objects, sculptures.

Your works often reflect on the value of the images and on the relationship between the artist and the realisation of his work. How important is the Leitmotiv, and the thematic structure, in this process? When does it become an issue, in your opinion?

The Leitmotiv is a topos from art theory and art history, and it’s basically where the verbalization and classification takes place. In my opinion, it is not important what a work says about the author, as I don’t want to tell something about me. At the same time I am aware of the fact that the author is always present in his work, and especially that the public is interested in people, storytelling and meaning. For the exhibitions I had to think of a title that could combine the two different bodies of work, which then became The Leitmotiv Issue. Alongside the aspect of the topic of an oeuvre, the title points also to the practice of contemporary culture magazines in two ways. First of all, the word issue is commonly used in reference to the latest volume of these magazines, which changes its thematic superstructure and design from edition to edition. Secondly, it seems that all culture magazines share similarities in terms of a broad range of creative aspects they present: they always focus on art, fashion, design, photography or other areas as such. They never cover only one of these fields. This approach makes sense because often the theoretical, mental concepts and aesthetic reflections resemble each other. I focus on the broad spectrum of cultural productions and appropriate everything that seems reasonable and fun without applying any form of hierarchy or personal preference.

You are also one of the artists of the collective Tilo&Toni: how does your production and artistic research differ when you work with other people? How do you usually work on a project by yourself, and how do you approach it as a collective?

TILO&TONI is not a collective. It is a fictive third person, kind of a superhero combining the power of myself and Lorenz, which generates something that nor me or him are able to do by ourselves. From my point of view, there is no difference between the artist Tim Cullmann and TILO&TONI. It´s the same. The only difference is the label. Such questions are for me as an artist not important since, like I said, I am not interested in the author. But the institutional public is interested in such categories. Some musicians, for example, are doing the same: Moderat can be Apparat or Modeselektor, Nicolas Jaar can be Darkside. In the end I love the music and it is not important for me how influent Darkside was on the latest Nicolas Jaar track.

Tim Cullmann (Heidelberg – Germany, 1989) Lives and works between Amsterdam and Siegen. Half of the artist TILO&TONI. After the study in photography, painting and sculpture at University of Siegen, from 2015 he started his master within photography department at Gerrit Rietveld Academie. In august 2015 he participated to Fotopub Festival in Novo Mesto, Slovenia with a personal exhibition, being chosen as the winner of the portfolio review. In 2016, after two collective exhibitions in Amsterdam, he has been selected by Fondazione Fotografia in Modena for the European Photography Award, with the chance to feature his works in the collective Summer show. With Skinnerboox he is working on the publication of an artist book. 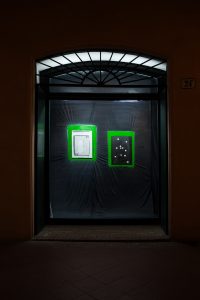