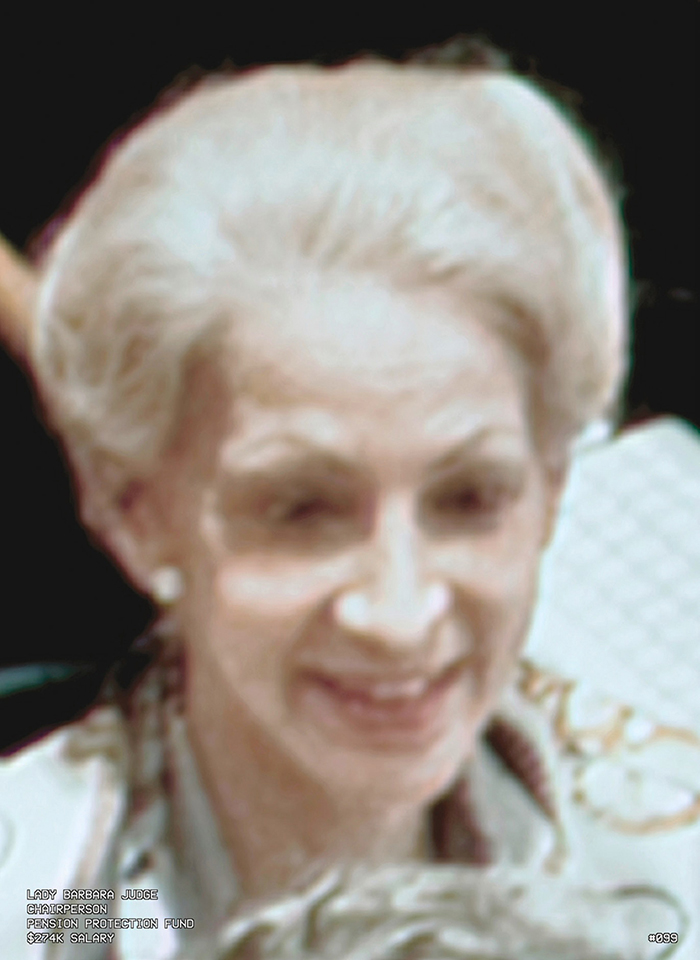 If digital manipulation determined a loss in the credibility of the photographic medium, in some cases the opposite tendency can be noticed. After London’s disorders of 2011, the metropolitan police distributed a series of leaflets with low-resolution images of alleged criminals taken from CCTV cameras: these pictures immediately became proof of these people’s guilt, as they were produced with a trustworthy medium and distributed by a respected source. Daniel Mayrit overturns the mechanism by using the features of CCTV technology and applies them to the pictures – taken from the web – of the 100 most powerful people in London, potentially responsible of the financial crisis. The gaze turns then towards those that usually control it and reveals the faces of people who usually are protected, living in anonymity.

The provocation aims not to point out the innocent and the guilty individuals, but rather to reflect on the way new technologies are able to influence how we read the images they provide.