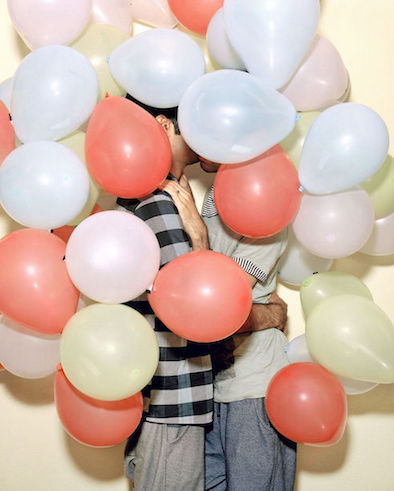 There are no Homosexuals in Iran – Laurence Rasti

The photographer Laurence Rasti was born from Iranian parents, but lives and works in Switzerland. Inspired by her double nationality, her work reflects on topics such as identity, social belonging, and gender. There Are No Homosexuals in Iran, in particular, is a reflection on homosexuality in her country of origin. The title of the project directly refers to a claim stated by Iranian formar president at Columbia University in 2007. His statement casts a light on the way the topic is treated and suppressed in the country; even nowadays, homosexuality can be punished by death there, thus people are forced to hide their sexual orientation or to seek refuge in other countries, like Turkey. The photos of the series realised by Laurence Rasti depict homosexual couples, but carefully conceal their faces with objects or through their pose: they metaphorically recreate these people’s suppression of identity.

Laurence Rasti, There are No Homosexuals in Iran.