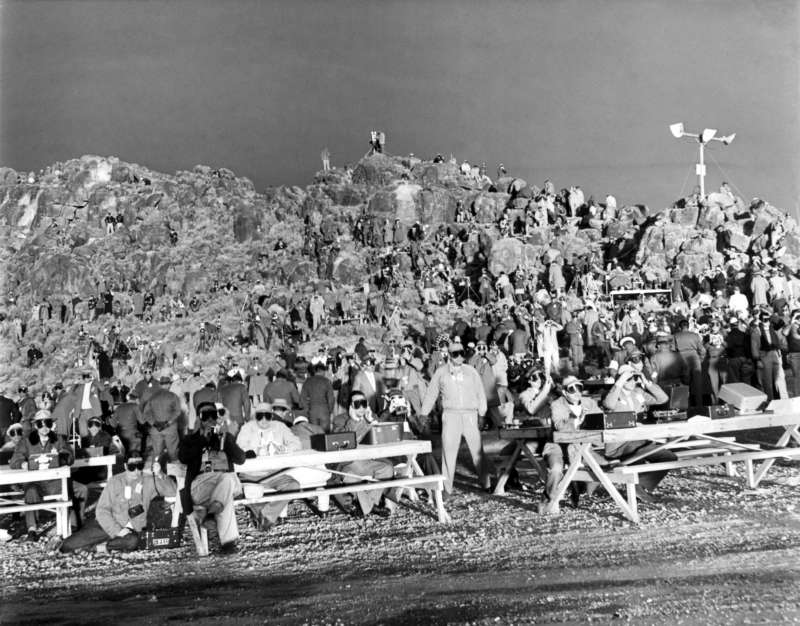 The interview with Ellen Dosse was realised by Federica Cavazzuti during Unseen Photo Fair 2016, Amsterdam.

FC: Spaarnestad Photo Foundation developed around the Spaarnestad Collection, now part of the National Archive in The Hague, The Netherlands. I’d love to know about the history of the archive and its importance.

ED: Spaarnestad Photo is the foundation that is in charge of the exportation of the archive of Spaarnestaad Collection, therefore anything that concerns publications, licenses, and the use of the images. Until the present moment, we used to focus mainly on the maintenance of the collection itself, but from now on the Foundation will grow much more into a project-based working environment than it used to be before. The material of the Spaarnestaad Collection dates from the beginning of photography until the coming of digital photography – from that moment onwards no more images were acquired. In 2010, the 13 millions images that compose the collection were included in the National Archive, thus becoming officially Dutch heritage, and contributed in a substantial way to the huge number of images that are part of the National Archive. About 500.000 of the images are scans, and there are also many interesting subcollections, but the overall number is so large that we have no idea what some of these may include. My goal for the next couple of years is to make sure that we open up to the outside, that we find projects to collaborate with other parties – art academies, universities, artists – who can have ideas to use and introduce the archive to the public.

FC: When and how did you become the Managing Director at Spaarnestad Photo?

ED: I knew the archive already and I was invited there for a talk a year ago, but I had no idea of what was actually about to happen then. I am not an historian and, although I am a photography lover, I am not a photographer myself – however, for the last 25 years I’ve been working with photography and photographers. Then, the advisory board called me because they wanted to do something new with the archive. So, where to start? They wanted someone who could reorganise the Foundation, and who could keep it active, making sure not to let it ‘fall asleep’ in the next five years or so, and to avoid the risk of slowly sliding into a coma forgetting what is there and what could be done with it.

FC: What are the possible solutions?

ED: We want to start looking into specific subcollections, in particular we want to have the younger generations look at them and see what can be of their interest. For instance, we’ll start now with a collection called Plastic and Rubber; it comes from a magazine that was published from the Fifties until the mid-Eighties, an euphoric celebration of what the introduction of plastic made possible. It showed a lot of products and inventions that never actually saw the daylight, as potentially almost everything could be made in plastic. It is not maybe the most beautiful collection we have, but it’s a very interesting one, and also it was never studied before. Therefore, I decided to give it to art academy students, and to let people from the photography, fine art, science, and interior architecture departments look at it and pick their ‘best images’; the purpose is to come up with a project that encourages a reflection on what can plastic do for the future, but which is also based on the piece of history they selected from the archive. There are also smaller stories, for instance, there is a collection from the Twenties about two young journalists who went off to Africa to see what the reality there was like. These images are truly amazing: but how could we edit the story? How should we present them in a way that is relevant to the public now? My goal is to pick those smaller collections and try to put them in the now, to find a new perspective also by talking to people and see what ideas they can propose.

FC: Did you ever have the chance to exhibit these photos?

ED: No, never, but I think I’ll do this mainly by using internet for now. The pictures are currently conserved in the National Archive and I cannot take them out of it, unless it’s under the right circumstances. So, people who want to do research on them will have to use the scans first, and then maybe they can go back to some original ones – but I must say that I am not sure whether the originals are always that important anymore.

FC: So what are your hopes for the future of the Foundation?

ED: I think we would be really fortunate, as a Foundation, to do maybe two or three really good projects with the archive for now, so that it starts being alive again, whether these are exhibitions, or activities on internet – I leave it open to the people.

FC: Would you be willing to receive, for instance, proposals from PhD students who want do do research on these pictures? Or from curators?

ED: Of course, we are open to discuss everything. I might have to say no on some points, but could on the contrary give full access to others. Also, everything will be in close collaboration with the National Archive, and they are very open to ideas as well. Besides, I am also interested in realising digital publications, or in finding different and alternative ways to make a publication on the subject. In conclusion, this archive really needs to be used in a modern way, something that fits the now, and we are more than happy to accept proposals and collaborations to find new angles on its impressive material.

Ellen Dosse (NL) is currently Managing Director at Spaarnestad Photo Foundation (www.spaarnestadphoto.nl). She works with cultural and corporate clients, publishers, advertising agencies, galleries, photographers. As an advisor she actualizes photography projects and works closely with photographers on the realization of their ideas (recent projects are ‘North Korea’ by www.alicewielinga.nl  and a project about modern hunting cultures by www.isabellahunts.com).