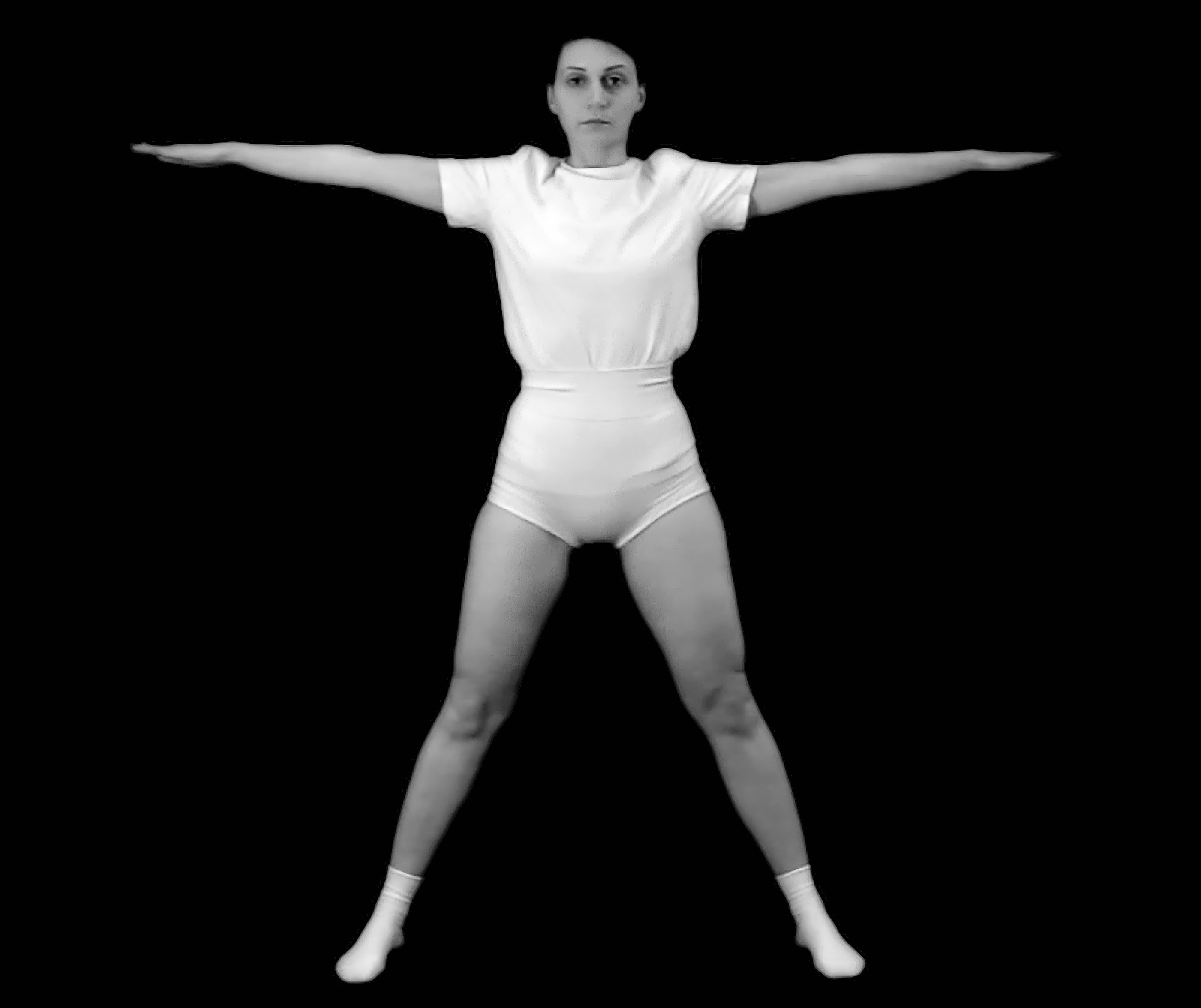 “Esercizi Obbligatori” (Mandatory Exercises) by Marilisa Cosello, is one of the projects selected for the first edition of Digital Video Wall, the call-for project promoted by Metronom dedicated to digital experimentation. The work will be visible throughout the month of November on the Metronom video wall.

> Metronom: A first question: How was the “Esercizi Obbligatori” project born? How does it relate to your research?

Marilisa Cosello: All my artistic research investigates the concepts of power, limit and relationship. Esercizi Obbligatori is an image, more than a situation. It is the objectification of the body, which from being the subject becomes an object. When I began designing Esercizi Obbligatori, I wanted it to be like a work, defined by a tension in space, with only internal movements, that never really explodes.

> M: In the video of “Esercizi Obbligatori Atto I” you reproduce the gestures that emulate the Fascist Saturday exercises. You often put yourself, your image and memories at the center of your works, which is the reason of this choice?

MC: In the video of Atto I, the performer is not me, she is a woman who resembles me. I have voluntarily created this double, which characterizes not only the performer’s choice, but it’s part of the work itself and its ambivalent nature. The idea of “personal” for me is linked to the concept of collective: in fact the union of individual identities can create a new one. What I try to create is an abstraction of self idea, or of what defines identity. The memories, the gestures, even the very identity of the performers (myself or others) are repeated and reproduced until they lose the original meaning and one identity is no longer distinguished from another. The Bodies are also a product of the situation and the forms of power they undergo, thus becoming a demonstration material.

> The work you have proposed for Digital Video Wall is only the first part of  “Esercizi Obbligatori”; how are the other episodes developed?

MC: The 3 Acts of Esercizi Obbligator are one within the other, but at the same time they define their respective boundaries. Act I represents the collective, the Society that thinks and acts as a single, Act II tells individuality in daily existence, the difficulty of living, the continuous effort of the body in adapting to the limits imposed, where the simple gesture of eating or undressing is deformed by the amputation of one or more possibilities. Act III is the redundant and known, it is the archetype of the first society we meet, the family, with the staging of formal rites, here emptied of meaning.

> M: The exercises you reproduce in the video were thought, in the Fascist era, to be passively emulated by a crowd. In this transposition, however, the “performative” part is missing. How does this change the meaning and reception of the work itself?

The work has its own dual nature, which changes when it is enjoyed live, then as actual performance, and when it becomes a representative testimony, as video. In the video of Act I, the distance that creates the video reinforces the idea of control and manipulation. Live, during the performance, you can not predict what will happen. Both levels of fruition are like a stratification of meaning. However, I do not believe in the idea of passivity, or rather, I consider the passivity anyway a choice.

Marilisa Cosello (1978) graduated in Visual Arts at Sevenoaks School (UK), in History of Cinema at the IED in Milan and obtained a Masters in Photography at the Noorderlicht School (NL). He studied with Francois Cheval at the Museé Nicephore Niepce (Chalon-sur-Saône, FR). She has exhibited in Italian and international institutions including: Palazzo delle Esposizionia Rome, Fondazione Francesco Fabbri in Pieve di Soligo (TV), Milan Photofestival, LuganoPhoto Festival, Copenhagen Photo Festival, Central Dupon in Paris.